The Bluetooth radio in BBC micro:bit 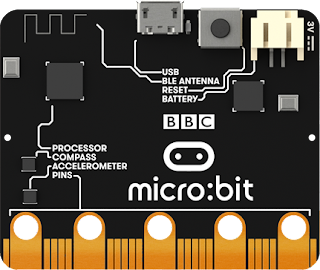 The following project shows a morse transceiver. It can send dots and dashes to one or several micro:bits. Each micro:bit runs the same software.

Here is the coding in the Blocks Editor:


The radio channel is set to 10 when the program starts. If the user clicks the A button, 0 is transmitted and will sound as a dot on the receiving micro:bit. If button B is pressed, a 1 is sent and it sounds as a dash in the receiving end.

The morse transceiver is demonstrated in this video (Danish language):