Our refrigerator must run at +5C at all times. But one day, the security relay of the house flipped and cut the power off. The power outage lasted 6 hours, and the temperature within the refrigerator rose to +15C. To avoid this in the future, I decided to build a mains power alarm, so I can take action if the power relay flips again.

The PSU is connected to the mains and generates 12 V which energizes the relay coil. The relay is in position NO. If 12 V is lost, the relay changes to NC and activates the buzzer. SW1 can silence the buzzer.
The PSU in figure 1 is an AC adapter which is plugged into a 230 V AC wall outlet. The secondary of the AC adapter delivers 12 V DC. The green 12V lamp is on when 12 V DC (and mains) is present. Relay1 is active and breaks the buzzer circuit. The relay is a 12 V type. Any voltage transcients from the relay coil are bridged by D1 and will not damage the PSU.
The 12 V buzzer sounds when the coil of Relay1 is powered off during a mains power failure.

Figure 3 remarks. Labels are in the Danish language.

Building your own equipment is not difficult if you buy ready-made modules and connect them together. I wanted to to build a DC (Direct Conversion) receiver with a broad frequency range.

The concept of Direct Conversion is shown in figure 2. Four modules make up a SSB/CW receiver, and all modules can be obtained ready-made!
HF-filters are usually sold as kits or ready-made. I decided to make my own filter using a piece of Veroboard. The filter's circuit diagram and the Veroboard are shown below.
The mixer is a ready-made board centered around AD831. AD831 is an active, double-balanced mixer from Analog Devices and it runs on 10 V DC at 100 mA. The required LO level is just -10 dBm and max. input on the RF-port is +10 dBm.
The AF-amplifier is the well-known LM386 having 46 dB amplification. I tried to find a modern substitute, but that was difficult. Many audio ICs amplify something like 26 dB, and that is too low for DC-receivers which require 40 dB amplification or more.

The VFO is the ARDU-5351 kit sold by qrphamradiokits.com. The kit includes an OLED display, a rotary encoder, a frequency generator module (Si5351A), and the Arduino Nano. I soldered all parts onto the motherboard except the Nano, which is fitted using sockets. There was no soldering of SMD-components.

As the VFO output is 7 dBm, I've added a 20 dB attenuator to lower the output and comply with the LO port level of the active mixer.

Components for power distribution and the S-meter rectifier are fitted on a piece of Veroboard as shown in figure 8 below. 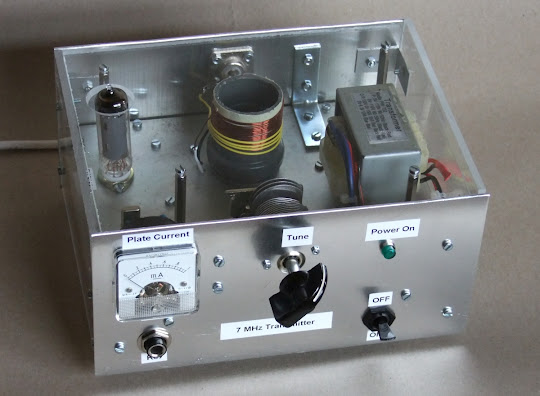 Fig. 1. Valve transmitter.
Building this transmitter was inspired by an article in "Popular Electronics" 2/1955. The circuit diagram is simple, and the valve (6AQ5) can still be purchased. So I decided to build the project. 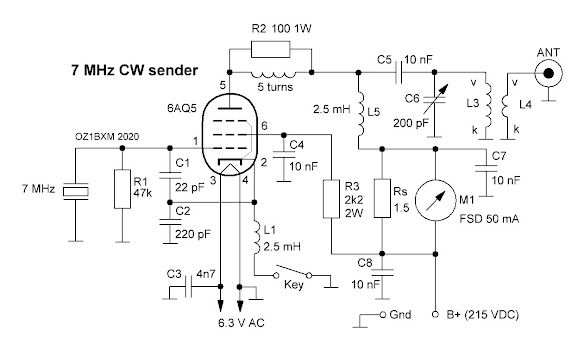 Fig. 2. Circuit diagram.
I find the circuit diagram clever. C6 and L3 are mounted on top of the chassis, and may be touched by the operator. However, the B+ voltage is neither available at the variable capacitor C6 nor at the coil L3. This is because C5 isolates the two components from B+, and they are both grounded. This precaution increases electrical safety.
High voltage is present at the bottom of the chassis. I decided to cover all components with high-voltage by plexiglass to avoid danger of electrical shock. 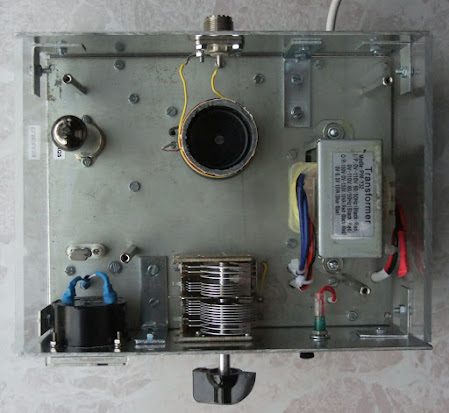 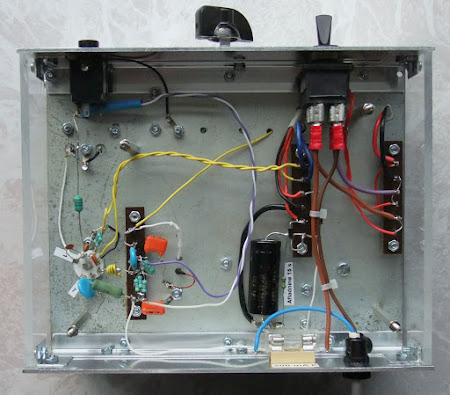 Fig. 4. Bottom view. Note the plexiglass walls.
The power supply is unregulated. When current is drawn during transmit, the B+ goes down from 215 V to 185 V, and this reduces the transmitter output to 2 W.

I've used Network Time about 6 months. However, the PC clock deviation could be 500 ms or more during a day. This amount of drift is not acceptable - digital modes like JT65 and FT8 require less than 100 ms deviation in order to run smoothly. 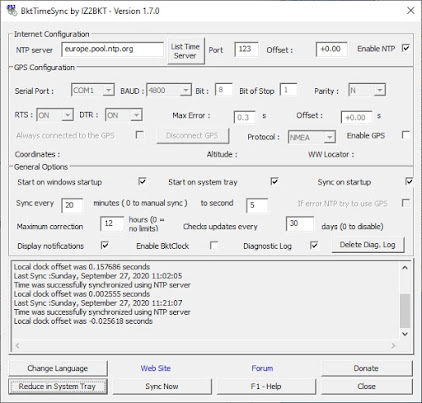 My configuration is shown in figure 1. Note that connecting to an NTP-server works only if the PC firewall allows traffic on port 123. "GPS Configuration" is not filled in as I don't use a GPS device as time source. 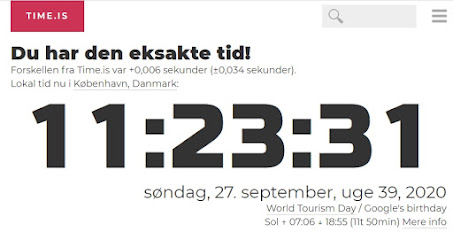 Fig. 2. Message from time.is: You have the exact time!

Checking your PC clock can be done by visiting time.is. You'll discover if your PC clock is off. Figure 2 shows, that my PC clock has the exact time, and the deviation is just 6 ms.

I hope BktTimeSync will continue its excellent timekeeping on my PC!

Note december 2020: BktTimeSync is still running on my Win 10 PC. System time is updated every 20 min via europe.pool.nt.org. I am satisfied with it's performance.

My new 23 cm transverter comprises a transverter module and a PA module. Both modules came fully assembled and tested from SG-LAB in Bulgaria. The transverter version is 2.3. It has an optional input port for a GSPDO (10 MHz). 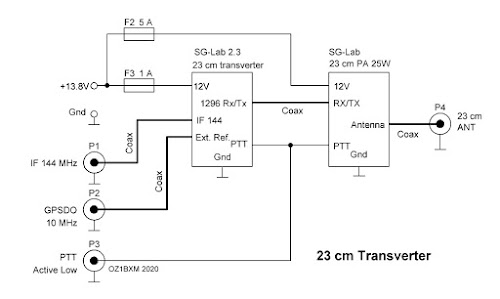 Fig. 1. 23 cm transverter block diagram.
The transverter's IF is 144 MHz. RF output is 1296-1298 MHz at 2 W which is raised to 25 W using the PA. Both units have two multi-color LEDs on the front:
When a LED is green, all is well. Yellow means warning, and red means a dangerous condition. Figure 2 below shows "all well" on the PA module to the right. The transverter LEDs display yellow and green. The reason for yellow is low input power. This is necessary not to overload the PA module. 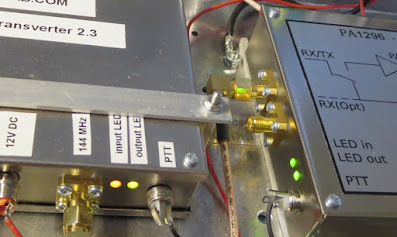 Fig. 2. LED indications on transverter and PA during transmit.
The IF-transceiver is Yaesu FT-847. It has a STBY port on the rear panel which goes low during TX. The STBY port is connected to the transverter's PTT port via a coax-cable. 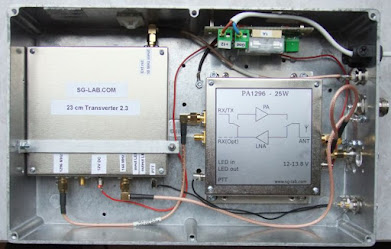 Fig. 3. Transverter and PA inside the alu-box.
Figure 3 shows the transverter and the PA mounted inside a Hammond 1550J alu-box. The RF ports on both modules are fitted with SMA-female connectors. The modules are interconnected with short pieces of RG316D cable having SMA-male connectors.
The PA  module becomes warm, but not hot during transmit. The PA module contains a pre-amp with 10 dB gain and NF 0.8 dB. 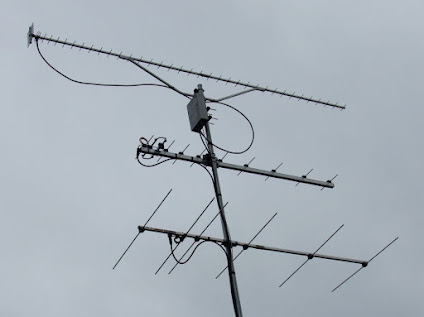 Last Saturday, I collected my 14 element yagi for 23 cm, my MKU13G2B Kuhne transverter, and my 144 MHz IF radio (Kenwood TR-751E). A rechargable 12 V battery, a camping table and a folding chair was also included.

The nearest beacon is OZ5SHF in JO45VX, 76 km away. The signal was stronger than I had anticipated: S9. The beacon is at 205 m ASL, and that certainly helps propagating a strong signal! You can hear my audio recording of OZ5SHF:
OZ5SHF audio

Beacon OZ7IGY in JO55WM is 216 km away. The signal was weak, but I could hear the PI4-tones. If I had brought my laptop, I would have been able to detect the PI4-signal using the sound card and the  PI-RX program.

The beacon OZ1UHF 162 km away was very weak. I could hear it, but not read the morse code.

Next step is to become QRV on 23 cm transmit from my home QTH.